TURNER, Ore. (AP) — The heat wave that recently hit the Pacific Northwest subjected the region’s vineyards to record-breaking temperatures nine months after the fields that produce world-class wine were blanketed by wildfire smoke.

But when temperatures began climbing close to 120 degrees Fahrenheit (49 Celsius) in late June, the grapes in Oregon and Washington state were still young, as small as BB’s, many still shaded by leaf canopies that had not been trimmed back yet.

The good news for grape growers, wineries and wine lovers is the historic heat wave came during a narrow window when the fruit suffered little, if any, damage. Earlier or later in the growing season, it could have been disastrous.

The bad news is that extreme weather events and wildfires are apt to become more frequent because of climate change. A less intense heat wave again hit parts of the U.S. West just about a week after extreme temperatures gripped the Pacific Northwest and British Columbia on June 25 and lingered for several days, causing what could be hundreds of heat-related deaths. 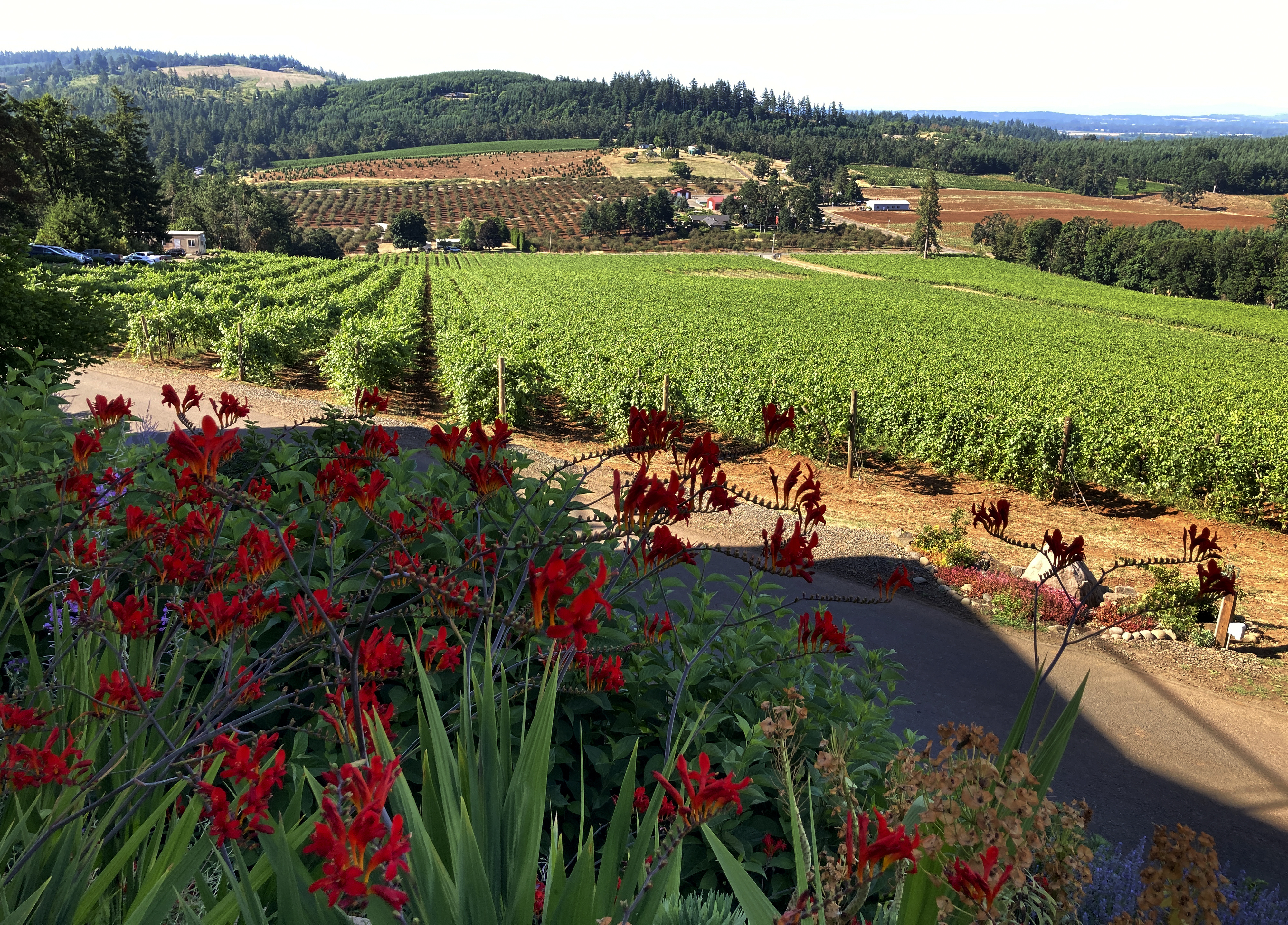 This cool, rainy part of the country normally experiences plenty of sunny summer days but winemakers are worried about what’s still ahead amid a historic drought tied to climate change: Extremely high temperatures could hit yet again, and wildfires are expected to be ferocious.

That includes Christine Clair, winery director of Willamette Valley Vineyards in the city of Turner, just outside Oregon’s capital. She watched rare winds last September smother the Willamette Valley, famed for its delicate pinot noir, in smoke from nearby flames.

“Last year was our first experience in the Willamette Valley with wildfires and smoke impact from them. Though it was considered a once-in-a-100-year east wind event, we believe we are at risk annually now,” Clair said.

In recent years, wineries worldwide began hedging their bets against global warming and its fallout by moving to cooler zones, planting varieties that do better in heat and drought, and shading their grapes with more leaf canopy.

Similarly, in the wake of the Northwest heat wave, wineries plan to protect their crops from more blistering sunshine. 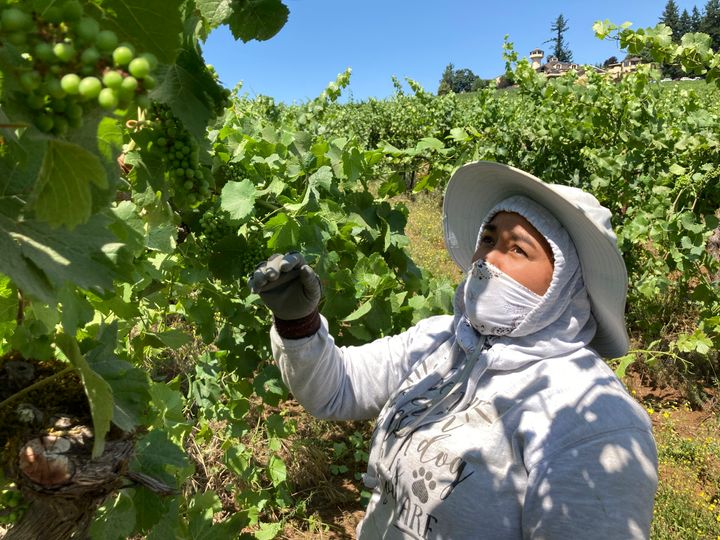 Wake up to the day's most important news.

At Dusted Valley Vintners, in Walla Walla, Washington, less of the leaf canopy will be trimmed to keep the grapes shaded and prevent sunburn, co-owner Chad Johnson said.

Workers, who are restricted to morning work on very hot days, also will leave more grapes on the vine so the fruit ripens slower, Johnson said.

He has never seen conditions so early in the summer like those during the heat wave, with the thermometer climbing above 100 F (38 C) for several days in the eastern Washington town near the Oregon border.

“It is definitely unusual and unprecedented in my career since I’ve been making wine for 20 years here,” Johnson said.

Climate change, Johnson noted, has become a major concern for him and other wine producers worldwide.

“If it’s not this early horrible spring frost they’re having over in Europe this year, it’s wildfires in the West, with the drought. It’s always something,” Johnson said. “And it’s getting just more severe every year.”

The industry, meanwhile, has been totaling the damage from last year’s wildfires that covered California, Oregon and Washington state in thick smoke.

So many California growers worried about unpleasant “smoke taint” in the wine produced from their grapes that they tried to get the fruit tested to see if the crops were worth harvesting.

The few testing labs were so overwhelmed they couldn’t meet demand. Some wineries opted not to risk turning some of their own grapes into bad wine and hurting their brand and stopped accepting untested grapes from growers.

“Without question the financial toll on California winegrape growers has proven to be unprecedented,” John Aguirre, president of the California Association of Winegrape Growers, said in an email.

“The risk of wildfires appears to be greater today than in the past and that is very, very troubling for many growers,” Aguirre said, noting that they also must contend with heat, drought, frost, excessive rain, pests and disease.

Wineries can do little to prevent wildfires outside their property, but if they become inundated with smoke, they can try to minimize damage. For example, they may turn some of the grapes with heavier smoke exposure into rosé instead of red wine. That limits contact with the skin of the grape during wine production and can lower the concentration of smoke aroma compounds.

A report on California’s harvest by the San Francisco-based Wine Institute said that despite the challenges, many winemakers are excited about the 2020 vintage.

Corey Beck, CEO and head of winemaking at Francis Ford Coppola Winery in Sonoma County, California, said he is optimistic based on small-batch fermentation trials.

“It was like, ‘Oh my god, these wines are terrific,’” Beck told the Wine Institute.

But winemaking has become so difficult and competitive that when people ask Johnson for advice about getting into the industry, he tries to dissuade them.

“The first thing I do is tell them that’s probably not a good idea,” he said. “It’s really, really hard, and it’s getting harder and harder.”