Joey Barton is cleared of assaulting his wife, 36, in drunken row at their home

Joey Barton is cleared of assaulting his wife, 36, in drunken row at their home after judge ruled he would not receive a fair trial because she refused to give evidence against him

By Dan Sales For Mailonline

Joey Barton has been cleared of assaulting his wife after a judge ruled he could not have a fair trial because prosecutors would not call her to give evidence.

The former Premier League midfielder, 40, was accused of pushing Georgia Barton, 36, to the floor before kicking her during a drunken row at their home in in Kew, south-west London on June 2 last year.

Mrs Barton, who is said to have been left with a golf-ball sized bruise on her forehead and a bleeding nose, was 'audibly upset and shaken', when she dialled 999 just before 11.15pm, Wimbledon Magistrates' Court heard.

'My husband has just hit me in the house,' she said, telling the operator she had been left with a 'bloody nose' after Barton hit her 'just in the face', before officers arrived at the scene within 25 minutes.

Body-worn footage played in court captured Mrs Barton saying: 'I was pushed and kicked about and stuff.'

The officer noted 'a bit of a lump and some blood', while speaking to a female officer in a utility room around five minutes later, Mrs Barton said her husband 'just flipped out' and 'threw me down'. 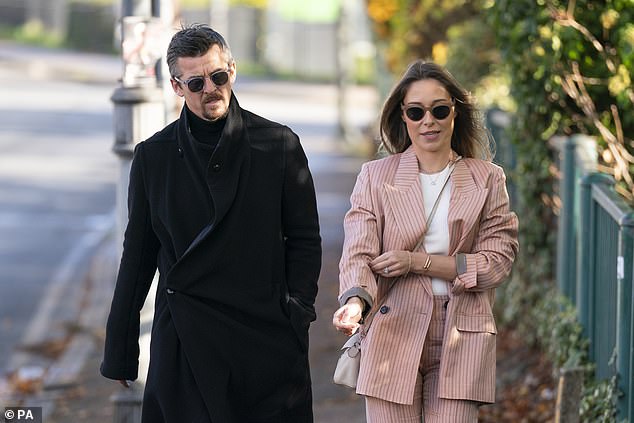 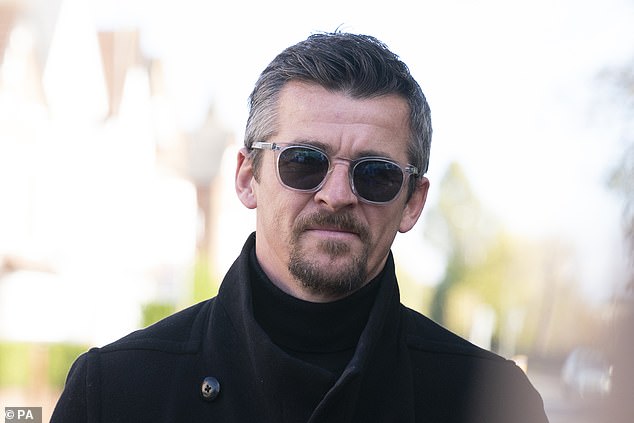 'He was kicking me about,' she said, adding, while holding an ice pack to her head, that the alleged attack came 'out of the blue'.

'I just want him to be removed from the premises,' she said.

He is seen in bed dressed in just his boxer shorts while being woken up by police officers before slowly pulling on his shorts, a polo neck T-shirt and socks.

Barton, who played for teams including Manchester City, Newcastle, Queen's Park Rangers and Marseille, as well as making one appearance for England in 2007, denied assault by beating.

His wife declined to make a written witness statement but ahead of the expected trial in March wrote to the Crown Prosecution Service. 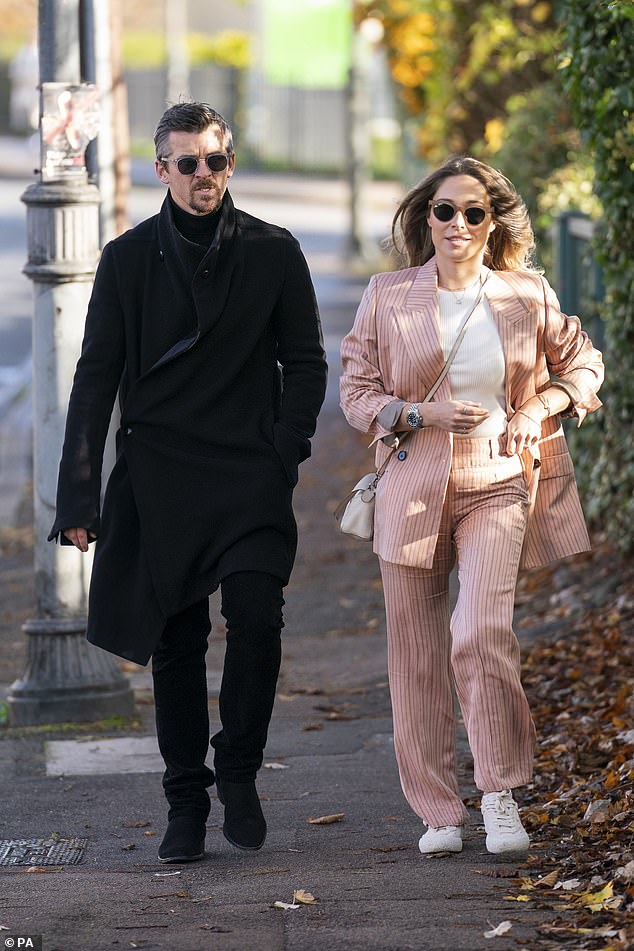 Joey Barton (left) arrives at Wimbledon Magistrates' Court where he was charged with assault by beating. 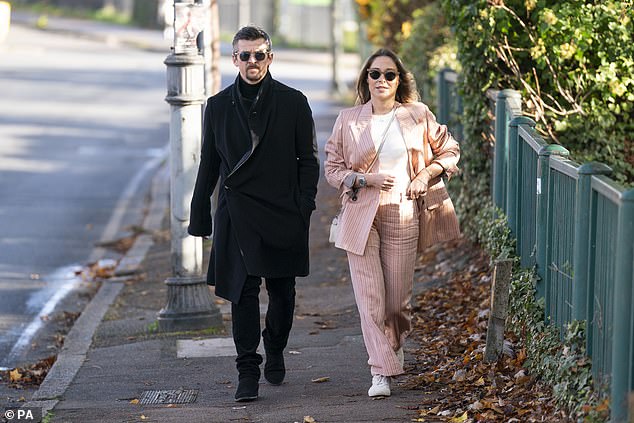 The Bristol Rovers manager had pleaded not guilty in relation to an incident which took place at a residential property in Kew, south-west London

During earlier legal argument, the court heard Mrs Barton had written a letter to prosecutors, claiming she and her husband had been drinking 'about four or five bottles of wine each' with two other couples.

She said she wasn't sure what she said to police was totally accurate and explained that her injury was caused accidentally when friends intervened in the argument.

Prosecutors said the account was an attempt to 'exculpate' her husband and still chose not to interview her or call her to give evidence.

Mr O'Donoghue said: 'The prosecution maintain she would not be a credible witness and has put forward an exculpatory account in order to assist Mr Barton and undermine the comments made on the evening, which we say are very clear on the video.'

However, District Judge Andrew Sweet said there were options available to the CPS to compel Mrs Barton to give evidence or treat her as a hostile witness. 'I am satisfied the position adopted by the Crown not to take a statement or call Mrs Barton is at odds with the case law,' he said.

'I am satisfied Mr Barton would be unable to achieve a fair trial in these circumstances and the proceedings are stayed.'

Barton, dressed in black, fled court after he was discharged before later leaving with his wife, who was wearing a pink trouser suit.

He started his management career with Fleetwood Town from 2018 to 2021 before joining League One side Bristol Rovers last year.

Last December, Barton was cleared by a Sheffield Crown Court jury of pushing over then-Barnsley manager Daniel Stendel, leaving him bloodied and with a broken tooth, after a League One match between his Fleetwood team and the South Yorkshire side at Oakwell on April 13 2019.